The Turning: The Turn of the Screw and Other Ghost Stories 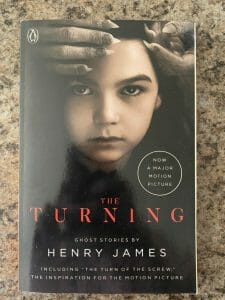