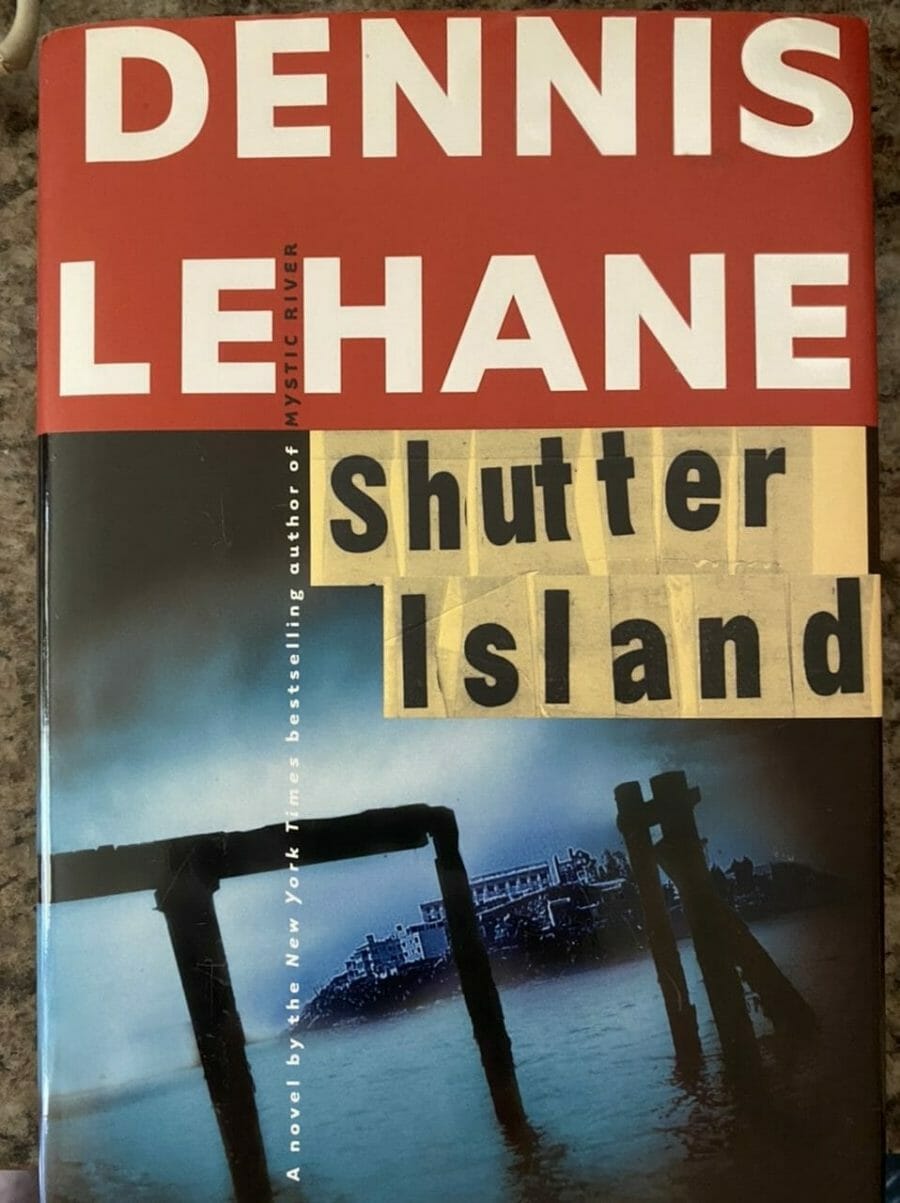 The year is 1954. U.S. Marshal Teddy Daniels and his new partner, Chuck Aule, have come to Shutter Island, home of Ashecliffe Hospital for the Criminally Insane, to investigate the disappearance of a patient. Multiple murderess Rachel Solando is loose somewhere on this remote and barren island, despite having been kept in a locked cell under constant surveillance. As a killer hurricane relentlessly bears down on them, a strange case takes on even darker, more sinister shades—with hints of radical experimentation, horrifying surgeries, and lethal countermoves made in the cause of a covert shadow war. No one is going to escape Shutter Island unscathed, because nothing at Ashecliffe Hospital is what it seems. But then neither is Teddy Daniels. 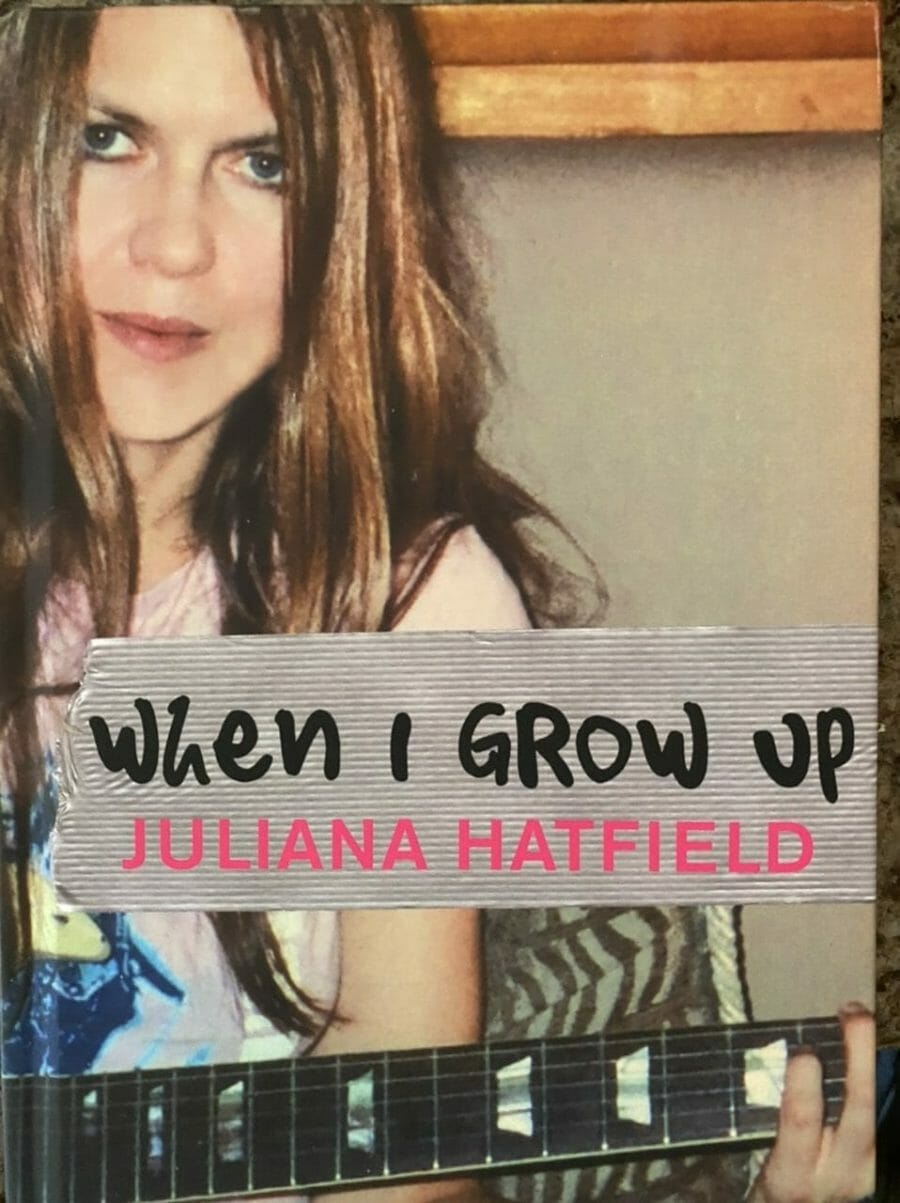 By the early nineties, singer-songwriter and former Blake Babies member Juliana Hatfield’s solo career was taking off: She was on the cover of Spin and Sassy. Ben Stiller directed the video for her song “Spin the Bottle” from the Reality Bites film soundtrack. Then, after canceling a European tour to treat severe depression and failing to produce another “hit,” she spent a decade releasing well reviewed albums on indie labels and performing in ever-smaller clubs. A few years ago, she found herself reading the New Yorker on a filthy couch in the tiny dressing room of a punk club and asked, “Why am I still doing this?” By turns wryly funny and woundingly sincere, When I Grow Up takes you behind the scenes of rock life as Hatfield recounts her best and worst days, the origins of her songs, the source of her woes, and her quest to find a new purpose in life.

Many hundreds of years ago, the city of Ember was created by the Builders to contain everything needed for human survival. It worked…but now the storerooms are almost out of food, crops are blighted, corruption is spreading through the city and worst of all—the lights are failing. Soon Ember could be engulfed by darkness…

But when two children, Lina and Doon, discover fragments of an ancient parchment, they begin to wonder if there could be a way out of Ember. Can they decipher the words from long ago and find a new future for everyone? Will the people of Ember listen to them?

From a former New York Times science writer, this urgent call to action will empower you to stand up to climate change and environmental pollution by making simple but impactful everyday choices.With urgency and wit, Tatiana Schlossberg explains that far from being only a distant problem of the natural world created by the fossil fuel industry, climate change is all around us, all the time, lurking everywhere in our convenience-driven society, all without our realizing it.

By examining the unseen and unconscious environmental impacts in four areas-the Internet and technology, food, fashion, and fuel – Schlossberg helps readers better understand why climate change is such a complicated issue, and how it connects all of us: How streaming a movie on Netflix in New York burns coal in Virginia; how eating a hamburger in California might contribute to pollution in the Gulf of Mexico; how buying an inexpensive cashmere sweater in Chicago expands the Mongolian desert; how destroying forests from North Carolina is necessary to generate electricity in England.

Cataloging the complexities and frustrations of our carbon-intensive society with a dry sense of humor, Schlossberg makes the climate crisis and its solutions interesting and relevant to everyone who cares, even a little, about the planet. She empowers readers to think about their stuff and the environment in a new way, helping them make more informed choices when it comes to the future of our world.

Most importantly, this is a book about the power we have as voters and consumers to make sure that the fight against climate change includes all of us and all of our stuff, not just industry groups and politicians. If we have any hope of solving the problem, we all have to do it together.

Digital is physical. Digital is not green. Digital costs the Earth. Every time I download an email I contribute to global warming. Every time I tweet, do a search, check a webpage, I create pollution. Digital is physical. Those data centers are not in the Cloud. They’re on land in massive physical buildings packed full of computers hungry for energy. It seems invisible. It seems cheap and free. It’s not. Digital costs the Earth.

In the last two decades, both the conception and the practice of participatory culture have been transformed by the new affordances enabled by digital, networked, and mobile technologies. This exciting new book explores that transformation by bringing together three leading figures in conversation. Jenkins, Ito and boyd examine the ways in which our personal and professional lives are shaped by experiences interacting with and around emerging media.

Stressing the social and cultural contexts of participation, the authors describe the process of diversification and mainstreaming that has transformed participatory culture. They advocate a move beyond individualized personal expression and argue for an ethos of “doing it together” in addition to “doing it yourself.”

Participatory Culture in a Networked Era will interest students and scholars of digital media and their impact on society and will engage readers in a broader dialogue and conversation about their own participatory practices in this digital age.

Darren Burrows reflects on his life and time on the show Northern Exposure.

First published in 2002. Routledge is an imprint of Taylor & Francis, an informa company.

The founder of Echo, the hippest electronic service around–a new kind of online salon where people who don’t know a bit from a byte can go to talk about art, movies, books, and the minutia of everyday life–takes readers on a dazzling tour of real life online.

A linguistically informed look at how our digital world is transforming the English language.

Language is humanity’s most spectacular open-source project, and the internet is making our language change faster and in more interesting ways than ever before. Internet conversations are structured by the shape of our apps and platforms, from the grammar of status updates to the protocols of comments and @replies. Linguistically inventive online communities spread new slang and jargon with dizzying speed. What’s more, social media is a vast laboratory of unedited, unfiltered words where we can watch language evolve in real time.

Even the most absurd-looking slang has genuine patterns behind it. Internet linguist Gretchen McCulloch explores the deep forces that shape human language and influence the way we communicate with one another. She explains how your first social internet experience influences whether you prefer “LOL” or “lol,” why ~sparkly tildes~ succeeded where centuries of proposals for irony punctuation had failed, what emoji have in common with physical gestures, and how the artfully disarrayed language of animal memes like lolcats and doggo made them more likely to spread.

Because Internet is essential reading for anyone who’s ever puzzled over how to punctuate a text message or wondered where memes come from. It’s the perfect book for understanding how the internet is changing the English language, why that’s a good thing, and what our online interactions reveal about who we are.

“If the end of the twentieth century can be characterized by futurism, the twenty-first can be defined by presentism.”
This is the moment we’ve been waiting for, explains award-winning media theorist Douglas Rushkoff, but we don’t seem to have any time in which to live it. Instead we remain poised and frozen, overwhelmed by an always-on, live-streamed reality that our human bodies and minds can never truly inhabit. And our failure to do so has had wide-ranging effects on every aspect of our lives.
People spent the twentieth century obsessed with the future. We created technologies that would help connect us faster, gather news, map the planet, compile knowledge, and connect with anyone, at anytime. We strove for an instantaneous network where time and space could be compressed.
Well, the future’s arrived. We live in a continuous now enabled by Twitter, email, and a so-called real-time technological shift. Yet this now is an elusive goal that we can never quite reach. And the dissonance between our digital selves and our analog bodies has thrown us into a new state of anxiety: present shock.
Rushkoff weaves together seemingly disparate events and trends into a rich, nuanced portrait of how life in the eternal present has affected our biology, behavior, politics, and culture. He explains how the rise of zombie apocalypse fiction signals our intense desire for an ending; how the Tea Party and Occupy Wall Street form two sides of the same post-narrative coin; how corporate investing in the future has been replaced by futile efforts to game the stock market in real time; why social networks make people anxious and email can feel like an assault. He examines how the tragedy of 9/11 disconnected an entire generation from a sense of history, and delves into why conspiracy theories actually comfort us.
As both individuals and communities, we have a choice. We can struggle through the onslaught of information and play an eternal game of catch-up. Or we can choose to live in the present: favor eye contact over texting; quality over speed; and human quirks over digital perfection. Rushkoff offers hope for anyone seeking to transcend the false now.
Absorbing and thought-provoking, Present Shock is a wide-ranging, deeply thought meditation on what it means to be human in real-time.

One of the most important books of the twentieth century, Karl Popper’s The Open Society and Its Enemies is an uncompromising defense of liberal democracy and a powerful attack on the intellectual origins of totalitarianism. Popper was born in 1902 to a Viennese family of Jewish origin. He taught in Austria until 1937, when he emigrated to New Zealand in anticipation of the Nazi annexation of Austria the following year, and he settled in England in 1949. Before the annexation, Popper had written mainly about the philosophy of science, but from 1938 until the end of the Second World War he focused his energies on political philosophy, seeking to diagnose the intellectual origins of German and Soviet totalitarianism. The Open Society and Its Enemies was the result.

An immediate sensation when it was first published in two volumes in 1945, Popper’s monumental achievement has attained legendary status on both the Left and Right and is credited with inspiring anticommunist dissidents during the Cold War. Arguing that the spirit of free, critical inquiry that governs scientific investigation should also apply to politics, Popper traces the roots of an opposite, authoritarian tendency to a tradition represented by Plato, Marx, and Hegel.