Humbug, forsooth! In William Shakespeare’s Christmas Carol, you’ll experience Dickens’ classic tale with a new (Oliver) twist. Ebenezer Scrooge is a wealthy theater owner with a stingy heart, until he’s visited by his old partner Marlowe. The Ghosts of Christmas Past, Present and Future become Puck (A Midsummer Night’s Dream), Falstaff (the Henry V plays), and the Ghost of King Hamlet. Benedick and Beatrice Cratchit worry about their child Tiny Tim, and other familiar characters fill out the cast in this Shakespearean adaptation of your holiday favorite, all in iambic pentameter. Bard bless us, every one! 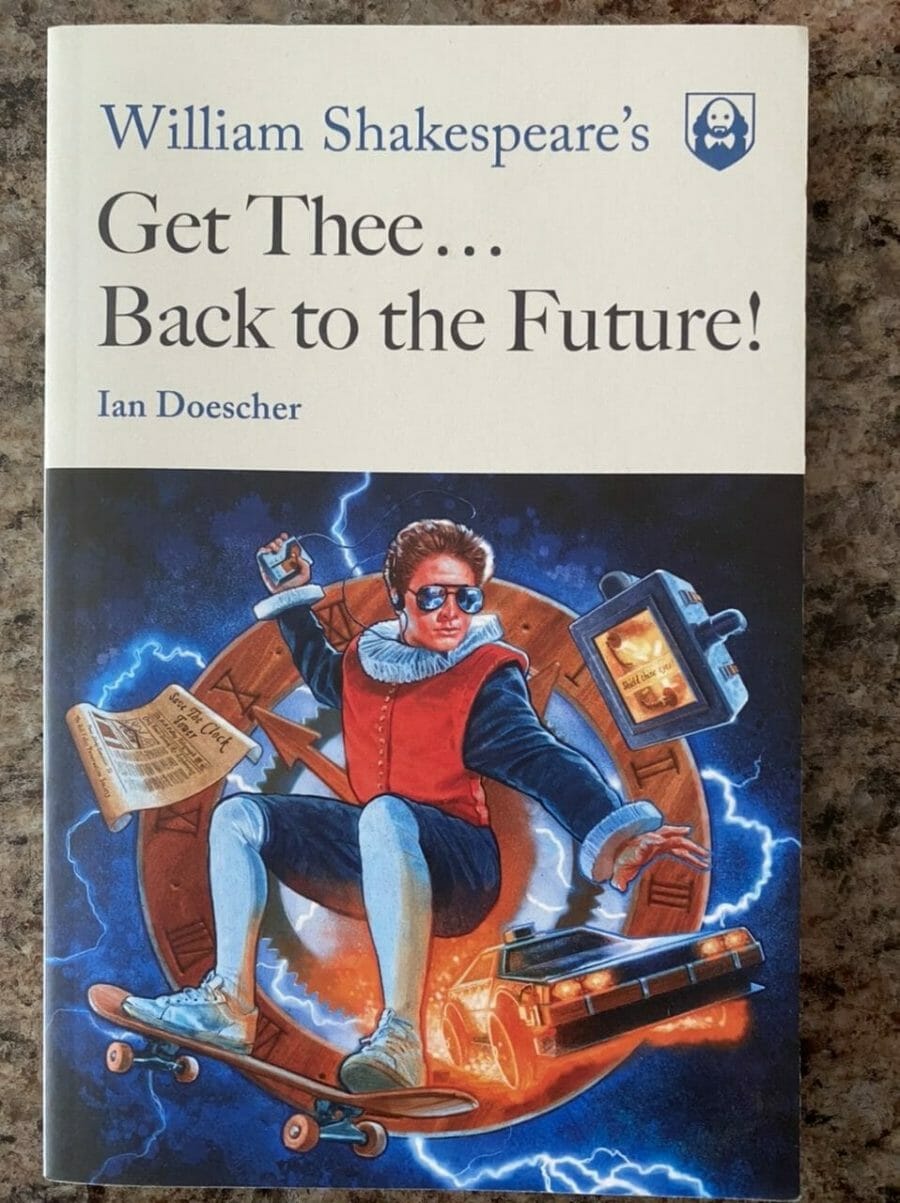 In the iconic film by Robert Zemeckis and Bob Gale, teenaged Marty McFly travels back in time from the 1980s to the 1950s, changing the path of his parents’ destiny . . . as well as his own. Now fans of the movie can journey back even further—to the 16th century, when the Bard of Avon unveils his latest masterpiece: William Shakespeare’s Get Thee Back to the Future! Every scene and line of dialogue from the hit movie is re-created with authentic Shakespearean rhyme, meter, and stage directions. This reimagining also includes jokes and Easter eggs for movie fans, from Huey Lewis call-outs to the inner thoughts of Einstein (the dog). By the time you’ve finished reading, you’ll be convinced that Shakespeare had a time-traveling DeLorean of his own, speeding to our era so he could pen this time-tossed tale.

Then look no further. Blackadder: The Whole Damn Dynasty is the book for you. Here, at last, for the first time, are the full scripts of one of British television’s funniest comedies. Follow the hilarious misadventures of the despicable Edmund Blackadder and his dimwitted sidekick Baldrick through four centuries of hopelessly mangled English history: from medieval nastiness through English history: from medieval nastiness through Elizabethan and Regency glory, to the mud and sauteed rats of the First World War. Aside from the ball-bouncingly funny scripts themselves, Blackadder also features special bonus sections: “Instruments of Torture in the Late Middle Ages”; “Medieval Medicine” (“1. Herbs; 2. Leeches; 3. Saw It Off”); and an indispensable “Index of Blackadder’s Finest Insults”.