In Shadow Moon and Shadow Dawn, George Lucas, creator of Star Wars, and Chris Claremont, author of the bestselling X-Men adventures, created a new world of myth, magic, and legend unlike any before. Now they bring their epic trilogy to an unforgettable conclusion in a novel of blazing imaginative brilliance…

Elora Danan has done the unthinkable. She has slain the dragons that were the embodiment of the soul of Creation. It was a desperate act–the only way to save the dragons from the Deceiver, who would have used them to rule the Realms. Yet in Elora’s possession are two last dragon eggs. To protect them, Elora spellbinds herself to her faithful companions Thorn Drumheller, the Nelwyn sorcerer and her sworn guardian, and Khory Bannefin, the long-dead woman warrior whose body is inhabited by a demon’s offspring. It is a dire spell that ensures none of them will betray their cause…even at the cost of their lives. And if one of them dies, the magic of the eggs is lost forever.

Pursued through a land of shadow predators by the dreaded Black Rose, the Deceiver’s commando assassins, Elora and her allies must reach the free city-state of Sandeni. There they will be reunited with old friends: the brownies Franjean and Rool, the eagles Anele and Bastian, and the young warrior-scribe Luc-Jon. But Sandeni is besieged by mighty armies fueled by the Deceiver’s sorcery, warrior wizards, and engines of evil magic. With defeat all but certain, Elora must convince the Sandeni people to continue the fight. What she doesn’t tell them is that the greatest enemy lies within her. For the Deceiver is her own dark twin from a potential future of unimaginable evil…an evil that lies dormant in Elora’s soul. And the only way Elora can stop the future is to befriend an enemy whose insatiable appetite for destruction could destroy all of Creation. Or is that, too, part of the Deceiver’s plan?

Seamlessly weaving together the many strands of this rich tapestry, Shadow Star is guaranteed to satisfy its many fans…and leave them breathless.

From George Lucas, creator of Star Wars(r) and Indiana Jones, and Chris Claremont, author of the bestselling X-Men adventures, comes the thrilling sequel to “Shadow Moon,” taking readers deeper into a stunningly original world of magic, myth, and legend.

The momentous Ascension of Princess Elora Danan should have brought peace to the Thirteen Realms. Instead, an intense Shadow War rages, spearheaded by the evil Mohdri. He has dispatched his dread Black Rose commando assassins to capture Elora and her sworn protector, Thorn Drumheller. But Mohdri himself is just a facade for a more dangerous entity: the Deceiver. But who–or what–is the Deceiver? And how can Elora, Thorn, and their ragtag band defeat this unspeakable force? The answer lies in a perilous journey to a land undisturbed since the dawn of time. A journey that will end at the unbreachable citadel of the dragon, where a chilling betrayal will change the fate of Elora, Thorn, and the Thirteen Realms forever. 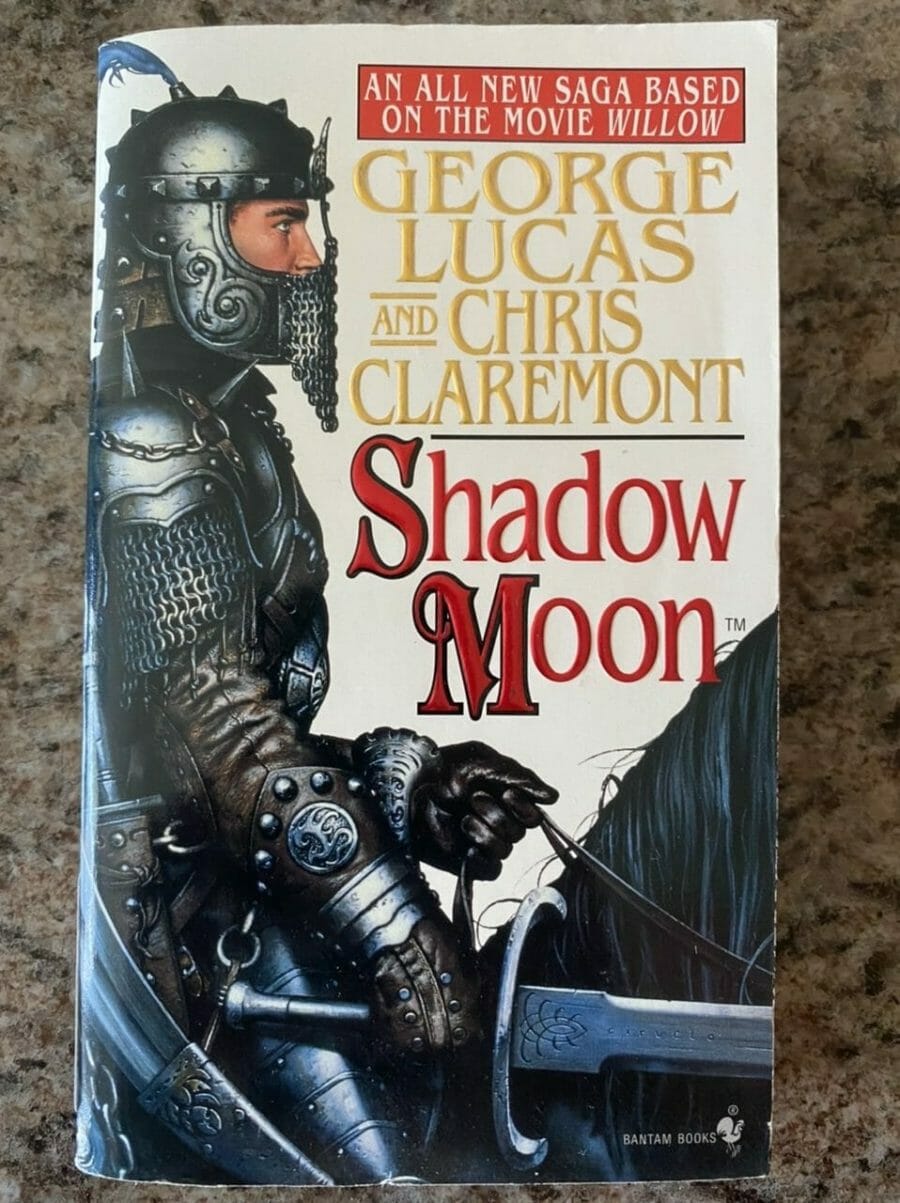 From two of the greatest imaginations of our time comes a magnificent novel of adventure and magic…SHADOW MOON: First in the Chronicles of the Shadow War.

The genius of Star Wars(r) creator George Lucas and the vision of Chris Claremont, the author of the phenomenally bestselling The Uncanny X-Menadventures, merge in what must be the fantasy event of the year.

In Shadow Moon, war and chaos have gripped the land of Tir Asleen. An ancient prophecy reveals one hope: a savior princess who will ascend to the throne when the time is right.  But first, a Nelwyn wanderer must face forces of unimaginable malevolence and dangerous, forbidden rites of necromancy that
could bring back a powerful warrior from soulless sleep.

George Lucas reshaped filmmaking in the ’70s and ’80s with his Star Wars and Indiana Jones films.  When Bantam Books asked Lucas if he had any stories he would like to develop as novels rather than as films, Lucas turned to his 1988 fantasy film, Willow.

“When I wrote the story for Willow, I began with the pre-story,” Lucas said, “but the full story was yet to be told.”

Now, Lucas’s vision is being fulfilled with the talented help of Chris Claremont. Having previously taken the reins of what was for a decade the bestselling comic in the western hemisphere (The Uncanny X-Men) Claremont assumes the responsibility of foster parent to Lucas’s creation.

On sale in hardcover now, and available on BDD Audio Cassette as well, SHADOW MOON is a momentous new adventure for readers looking to spend part of this summer in a fantastic world.  SHADOW MOON is one of Bantam Spectra’s most exciting publishing events in 1995, the year we celebrate our 10th Anniversary as the premiere publishing imprint of books of speculative fiction.